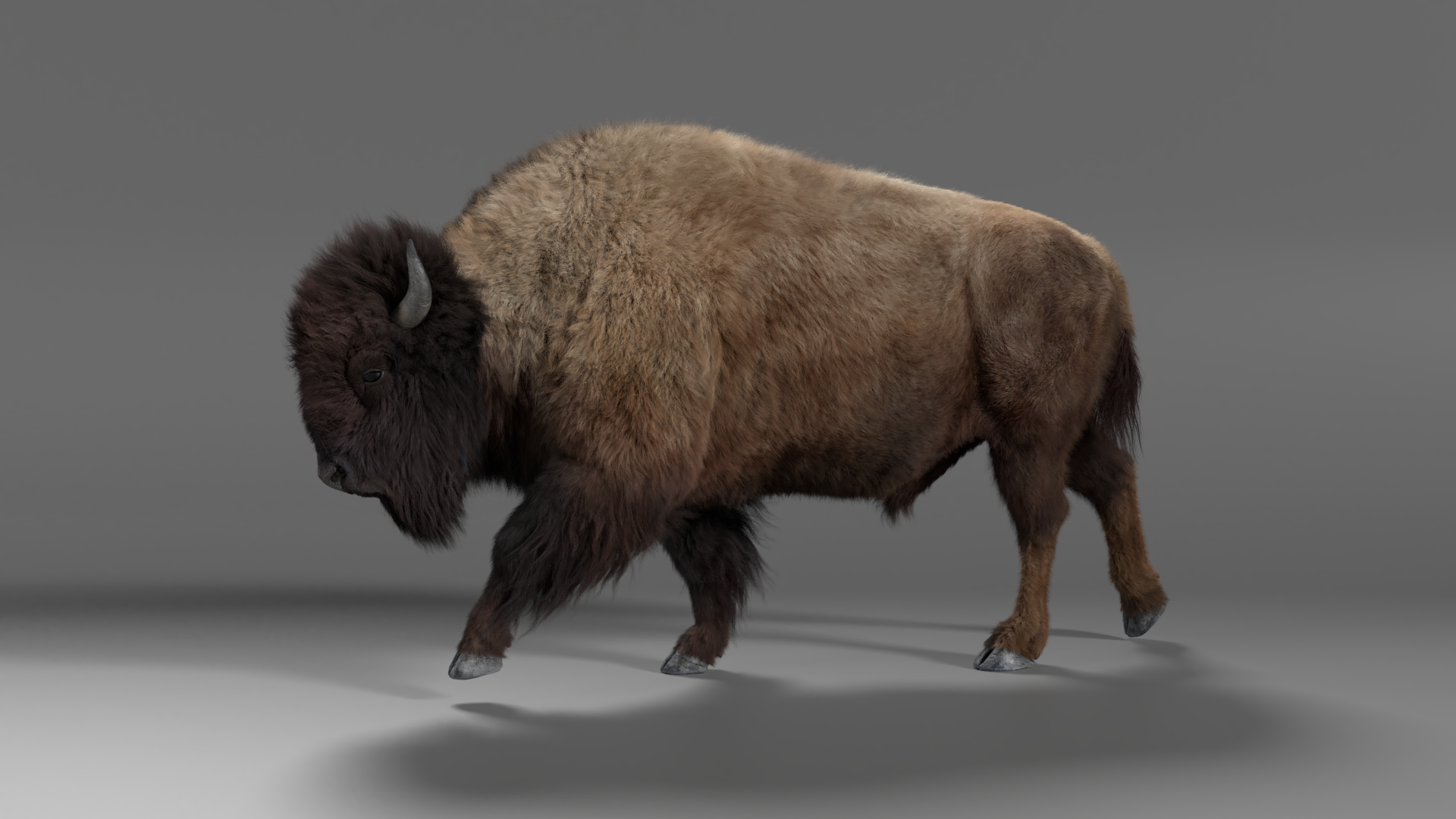 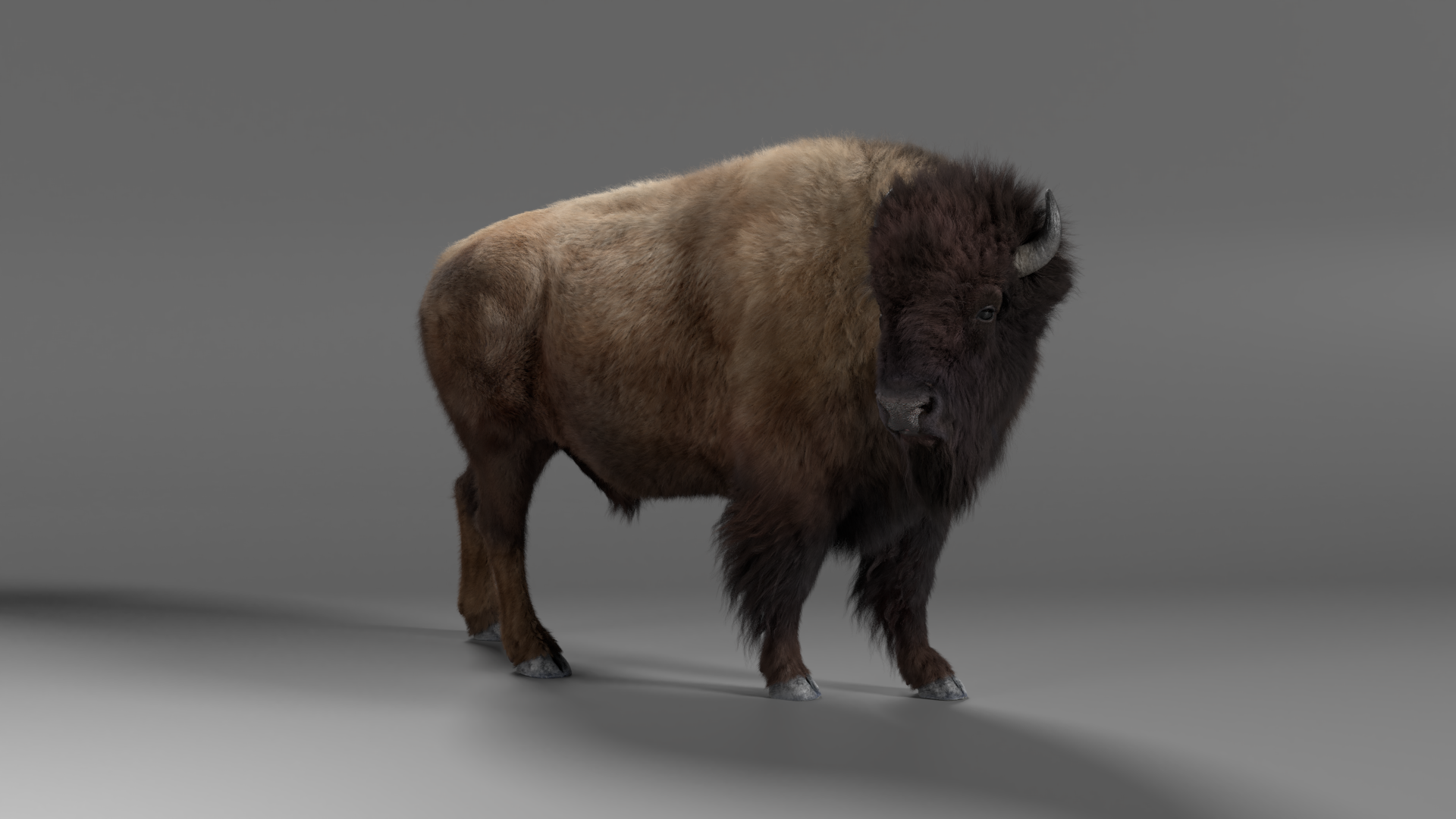 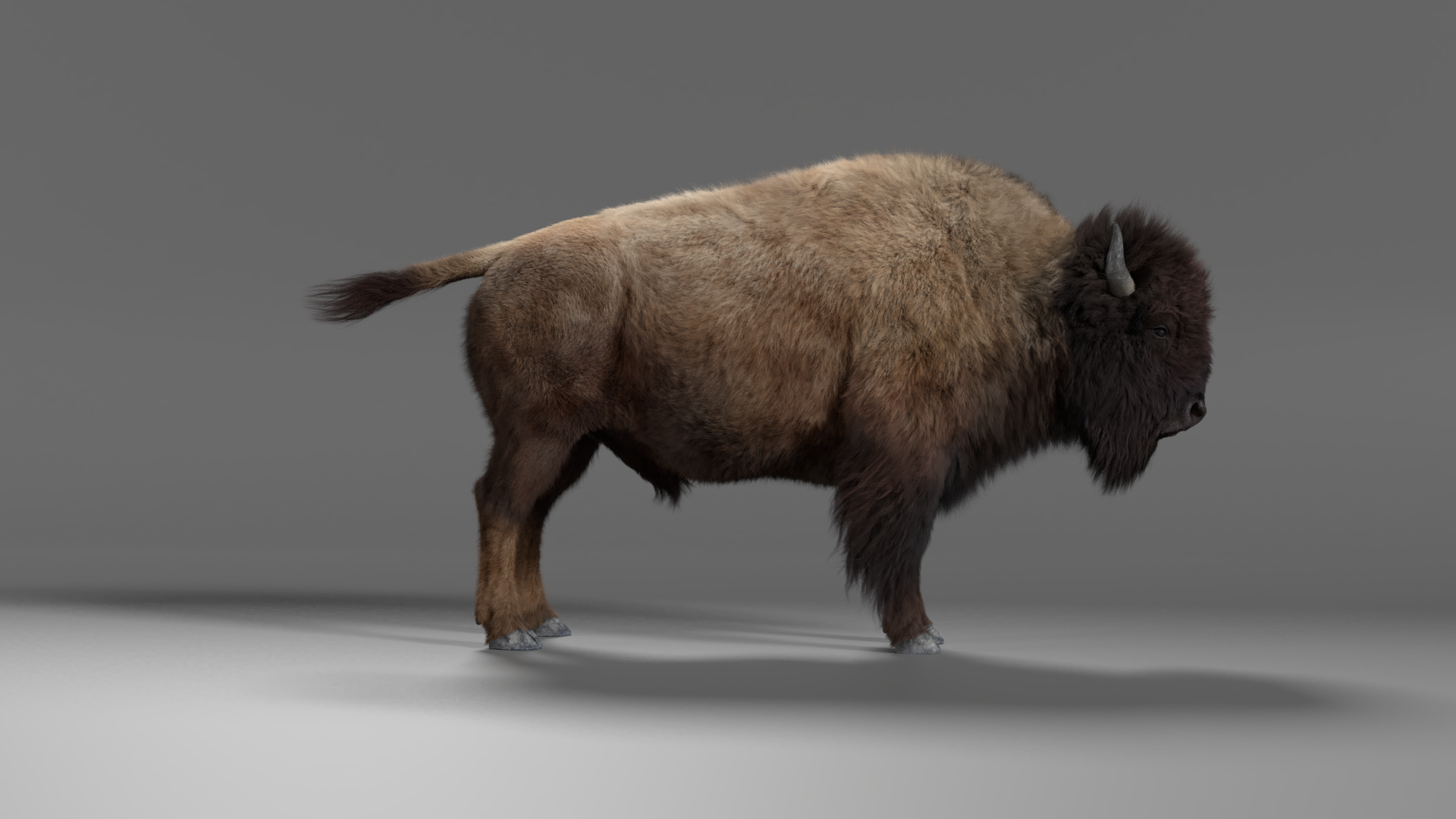 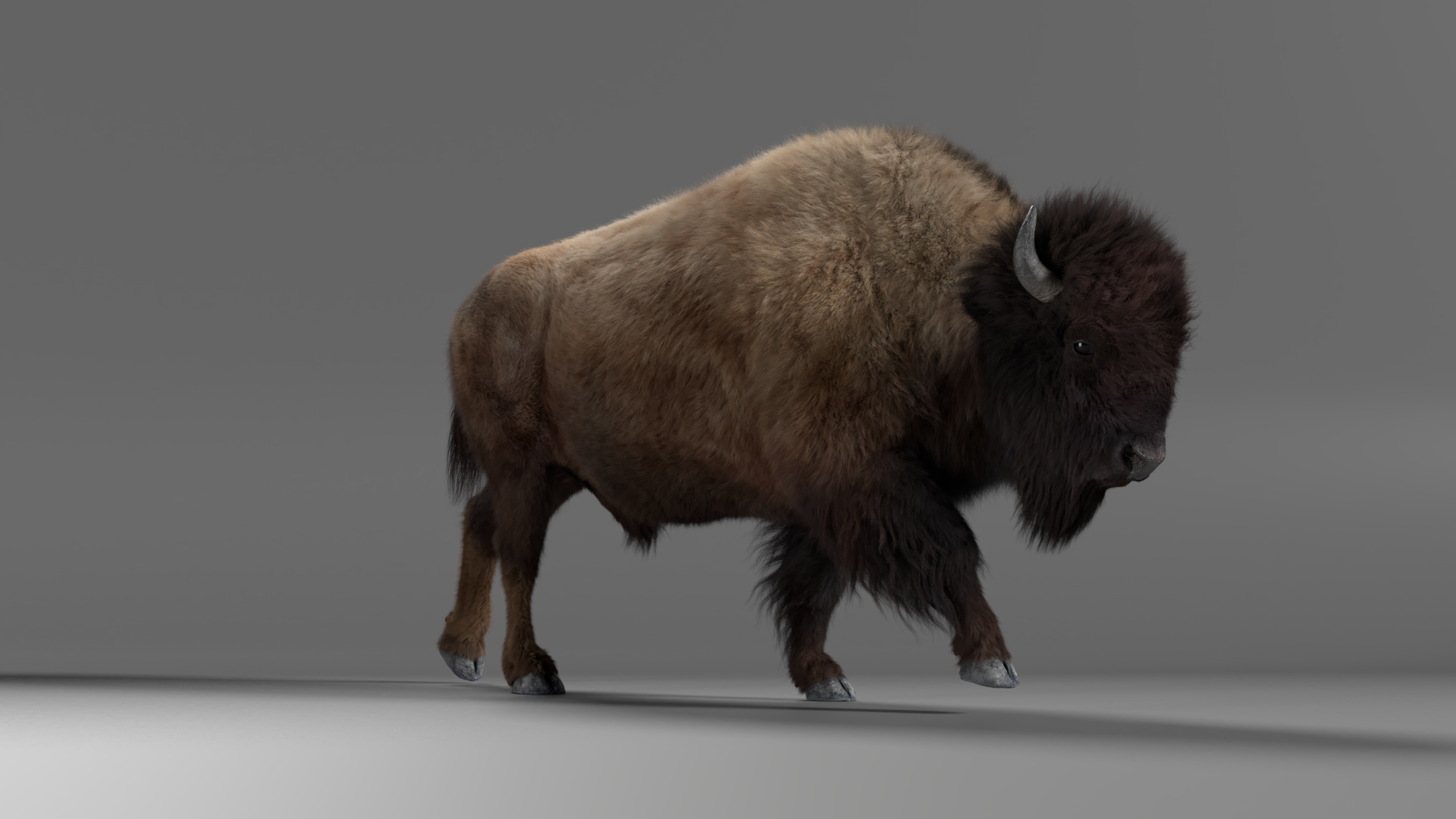 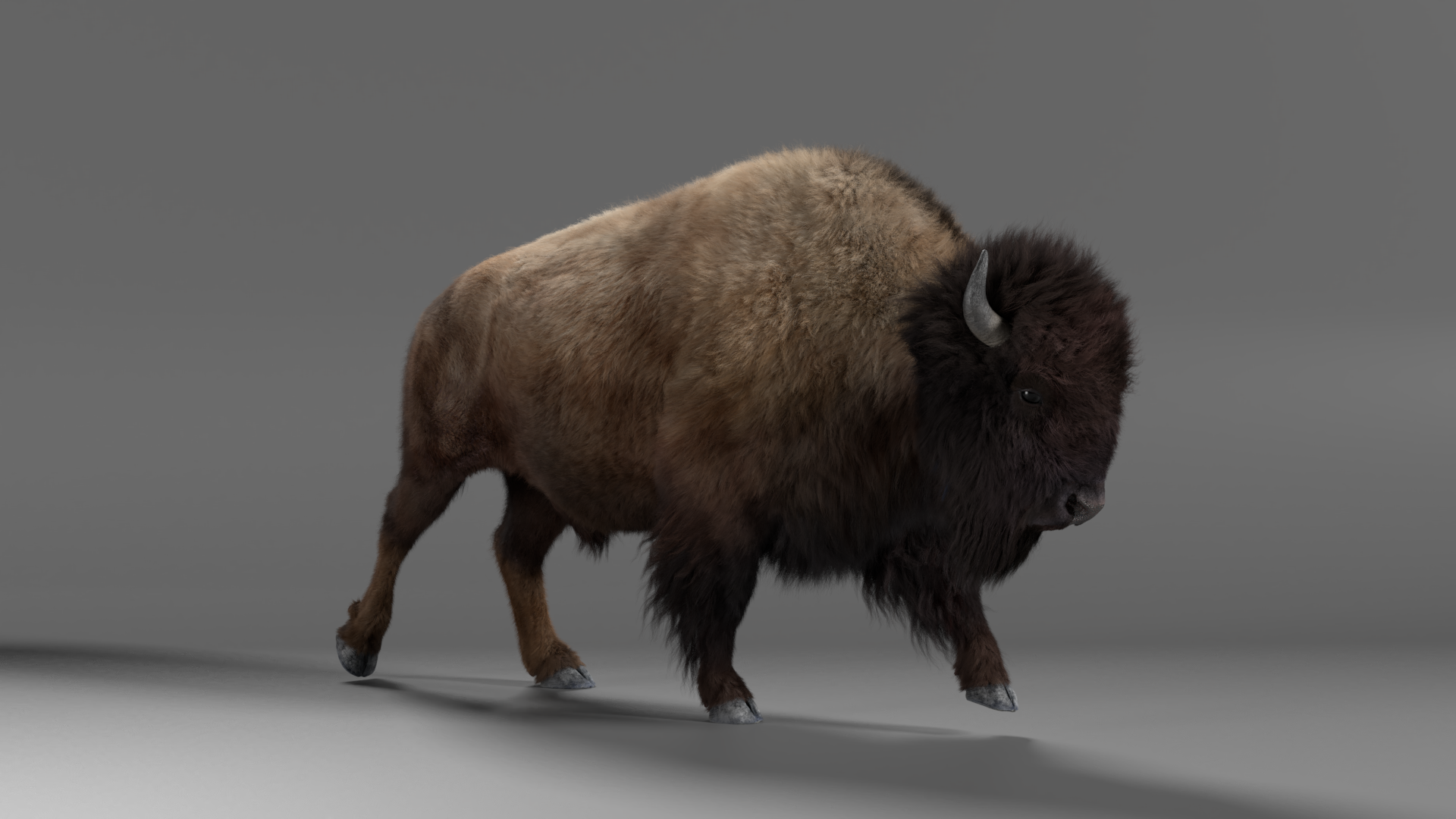 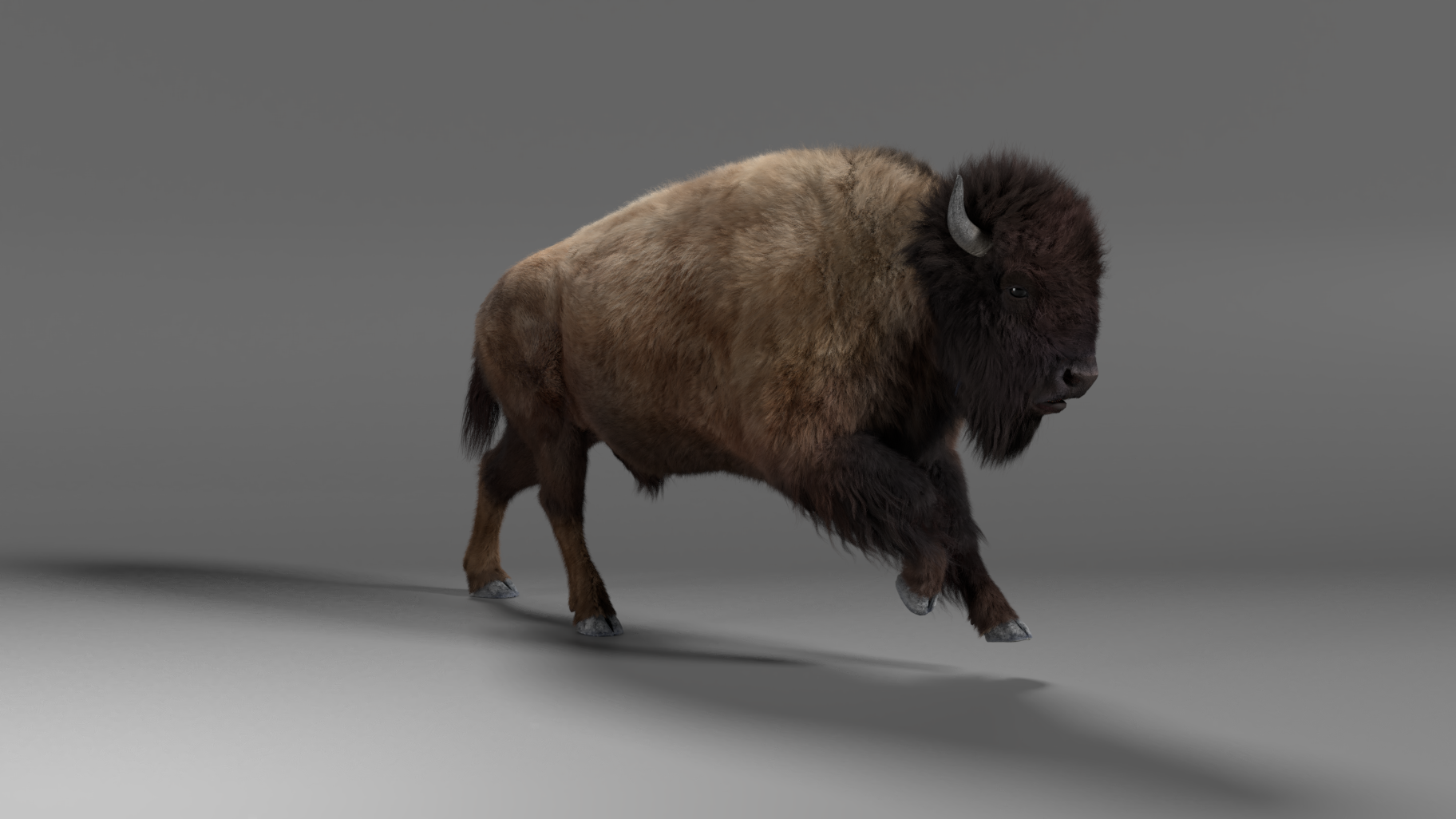 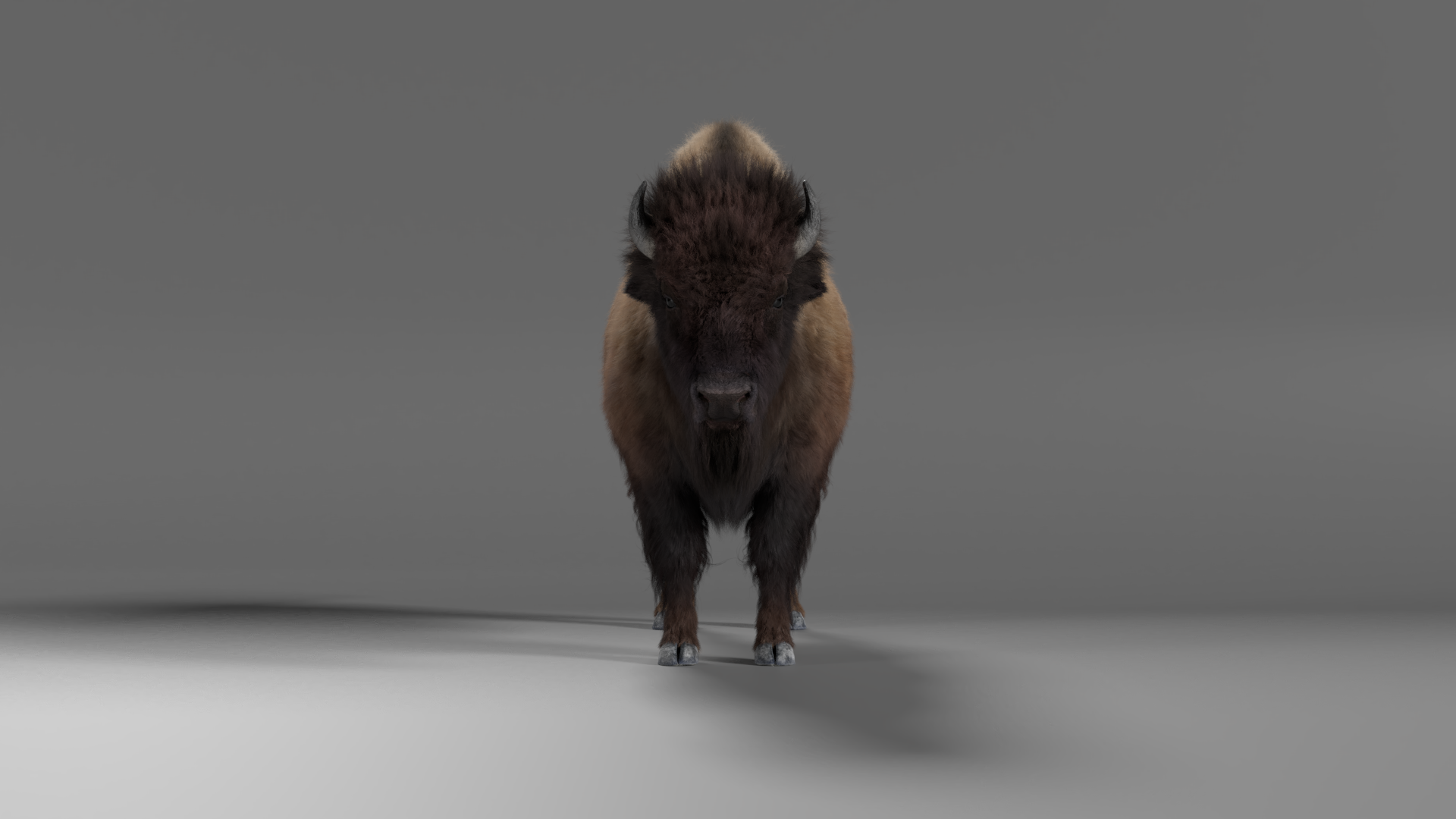 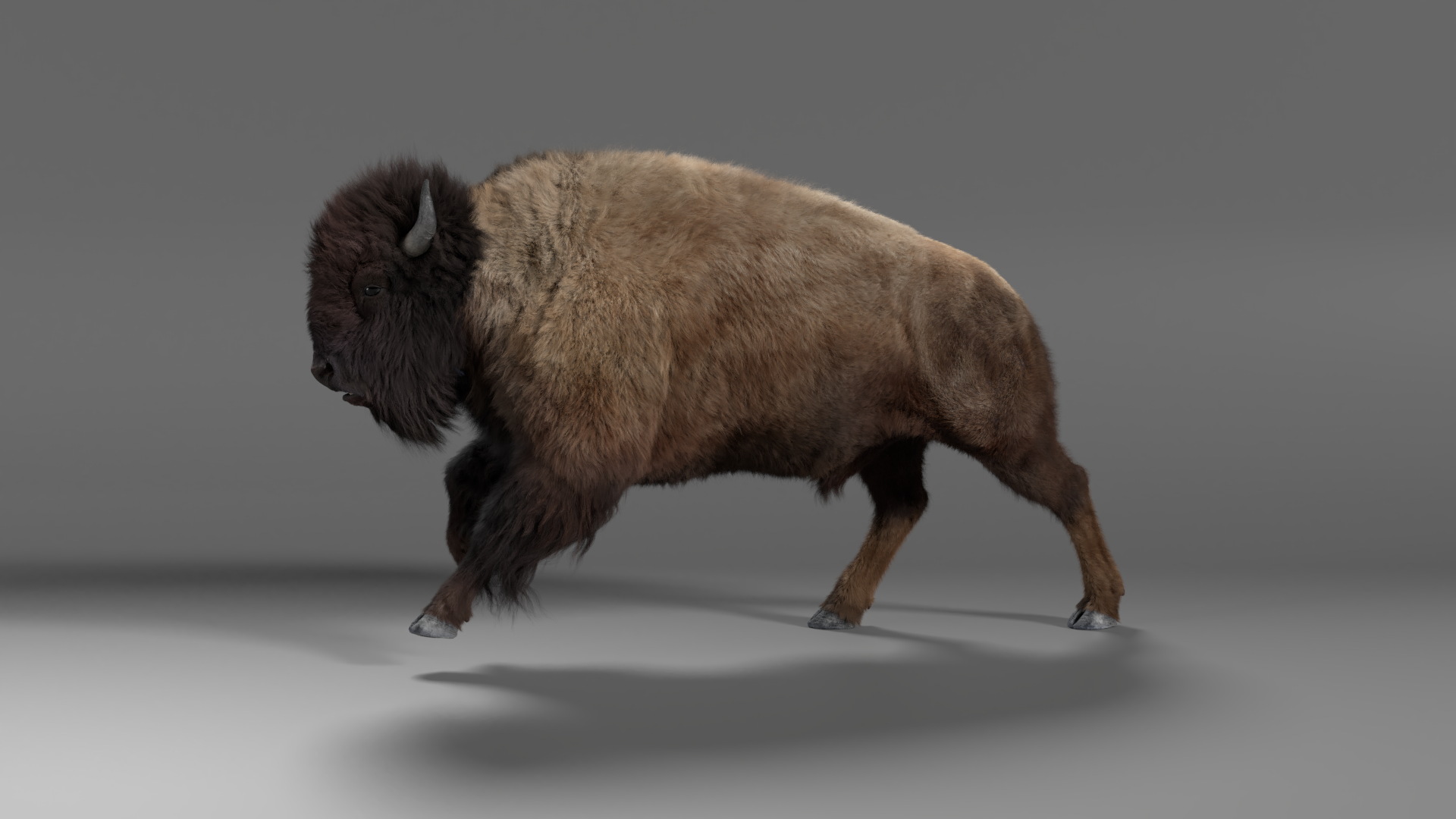 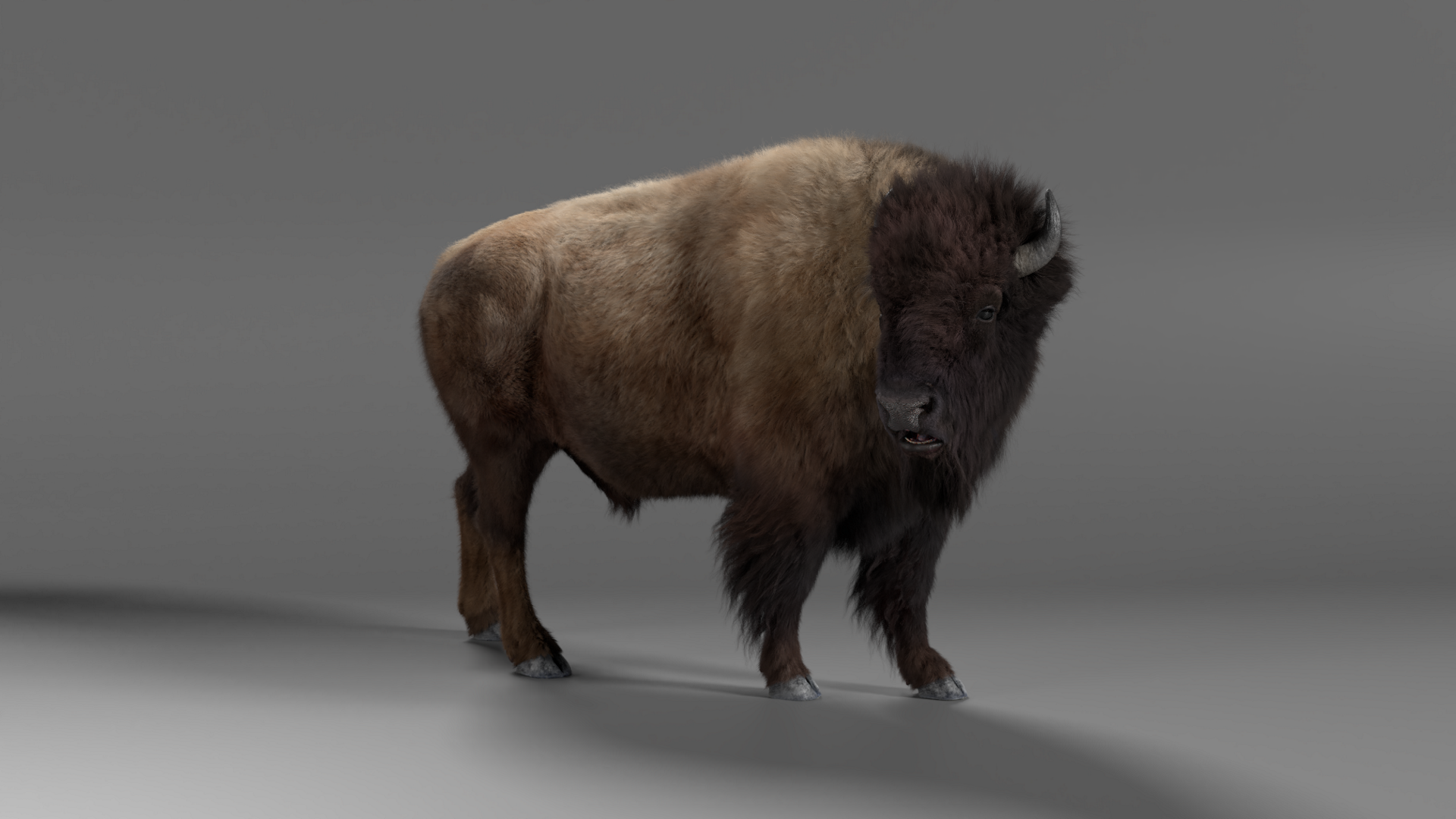 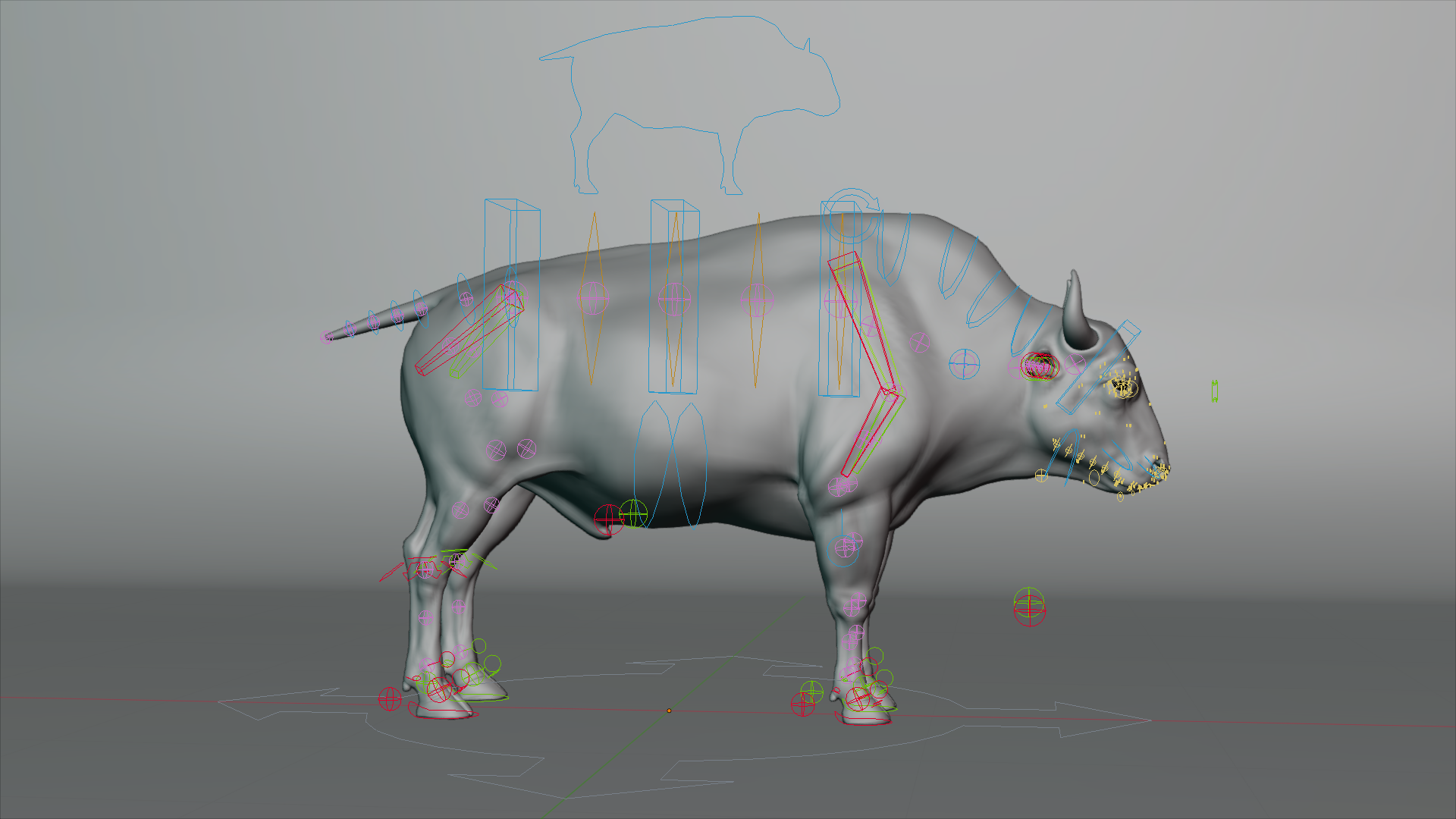 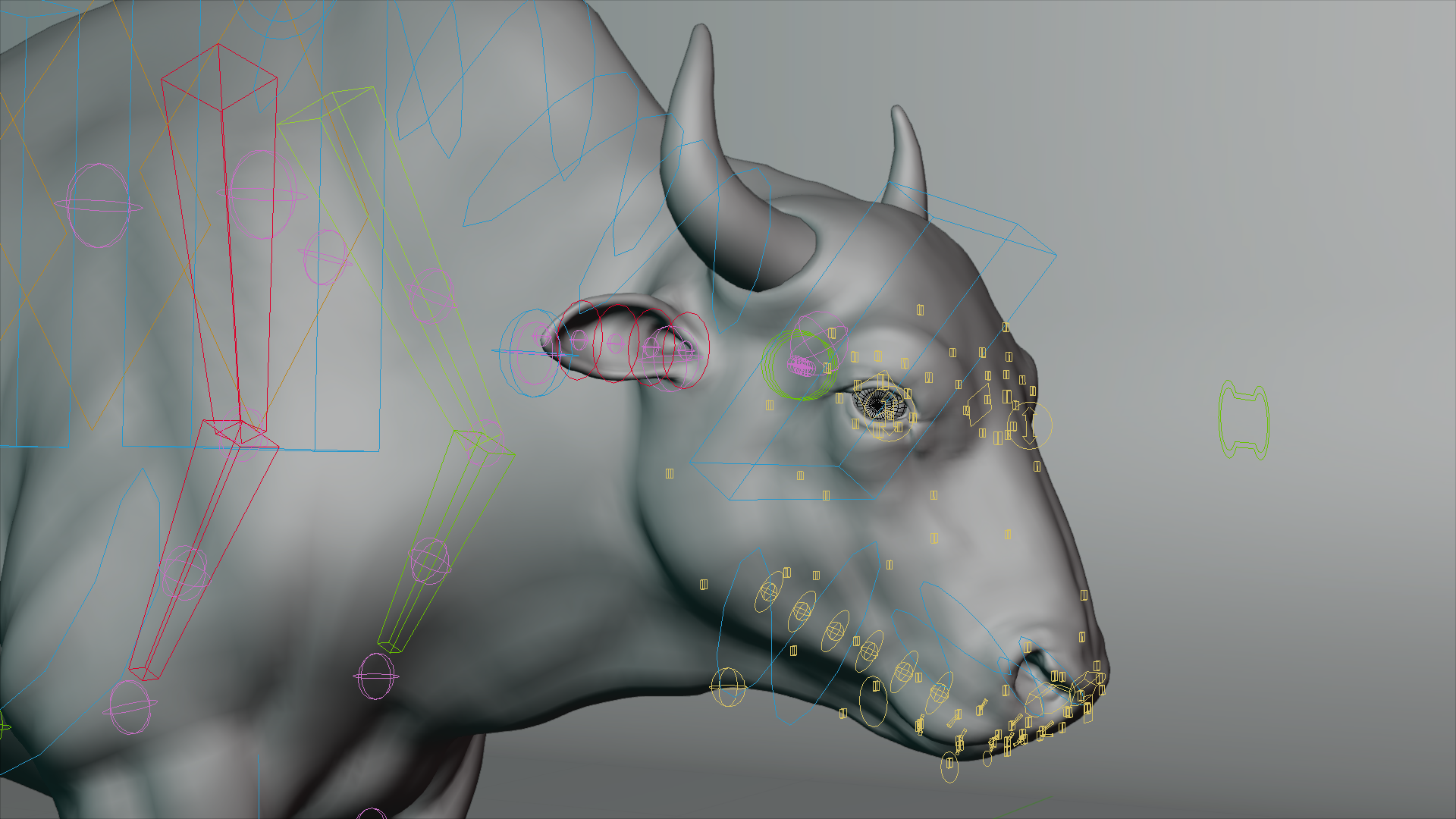 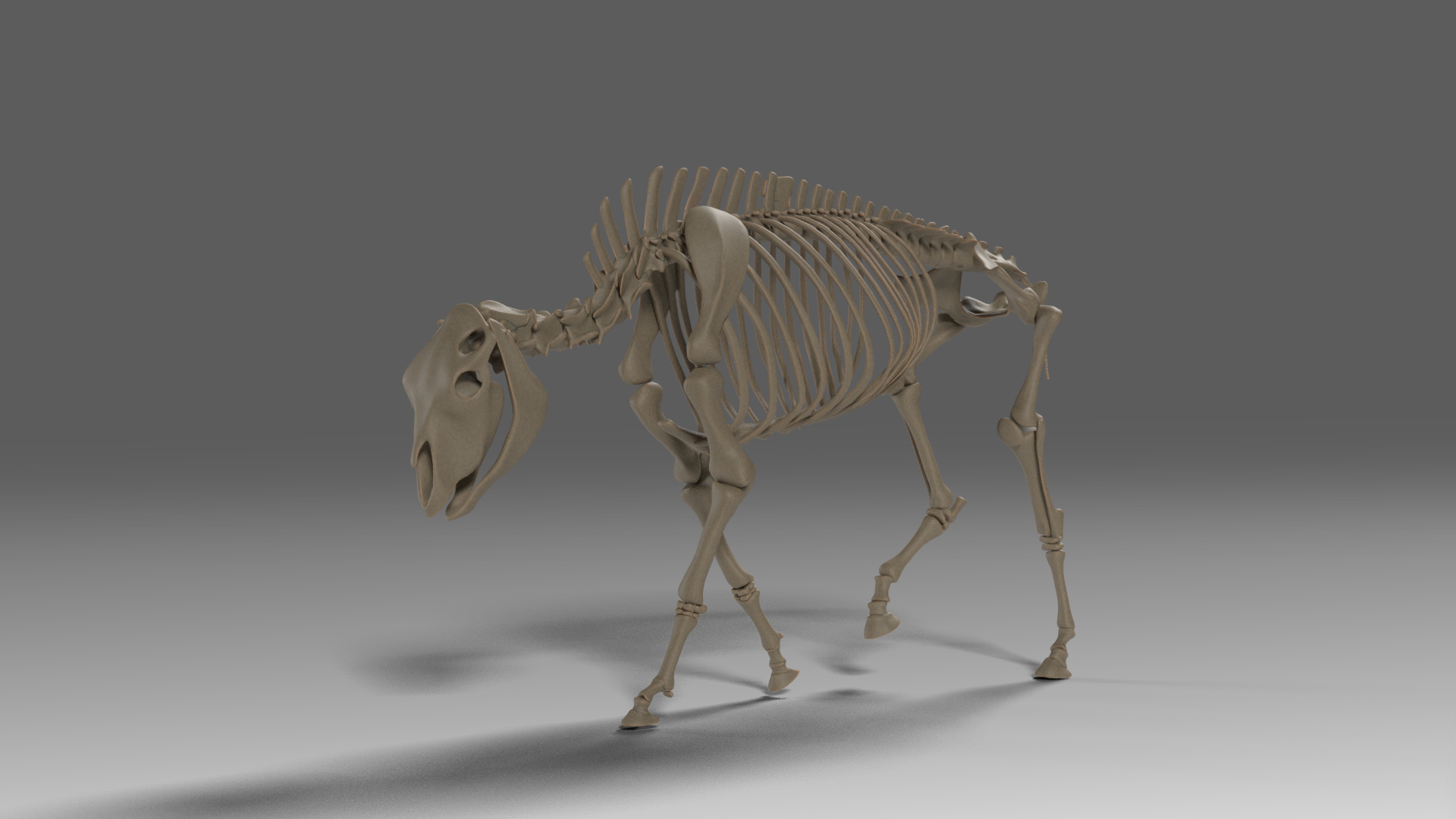 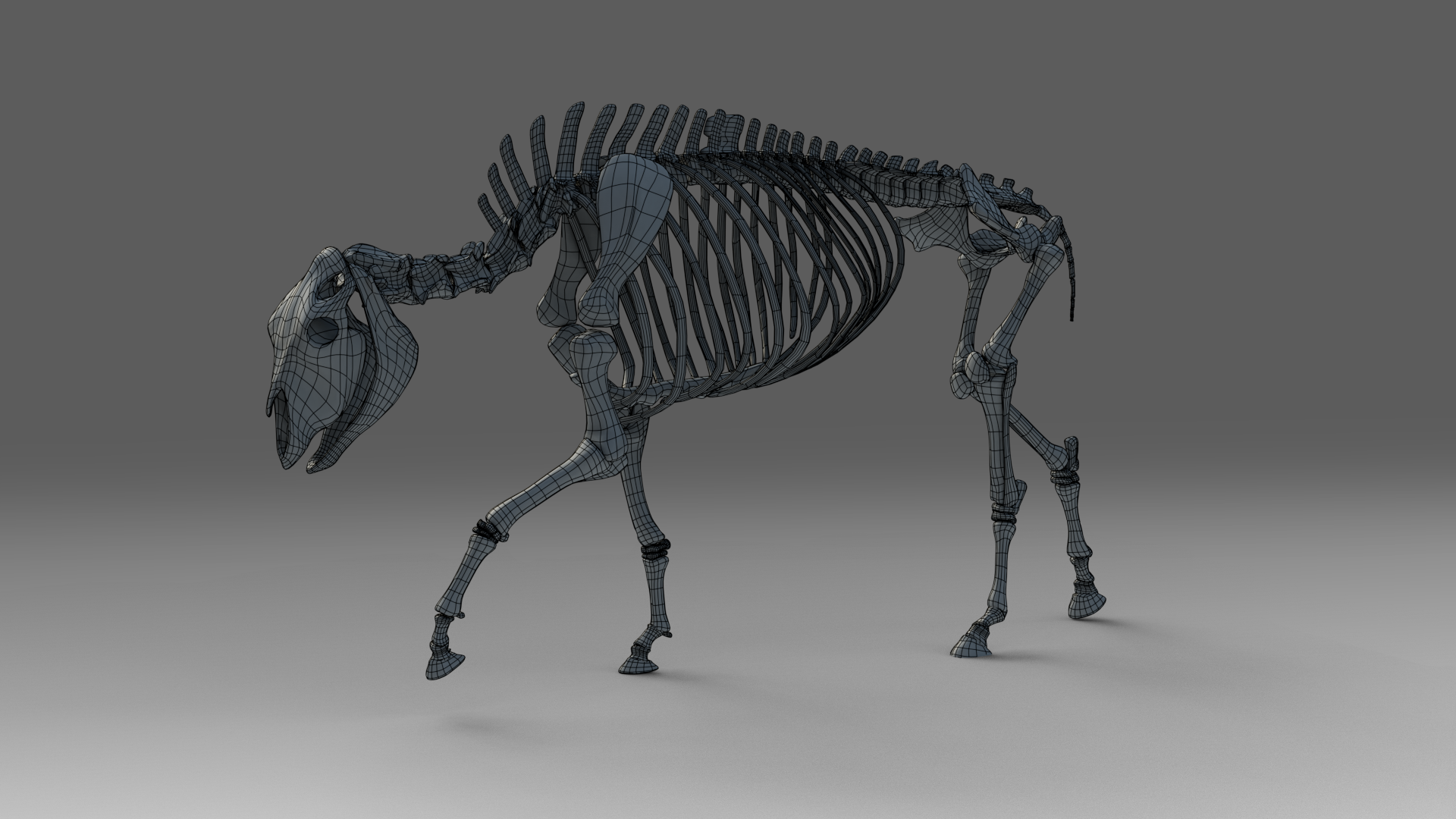 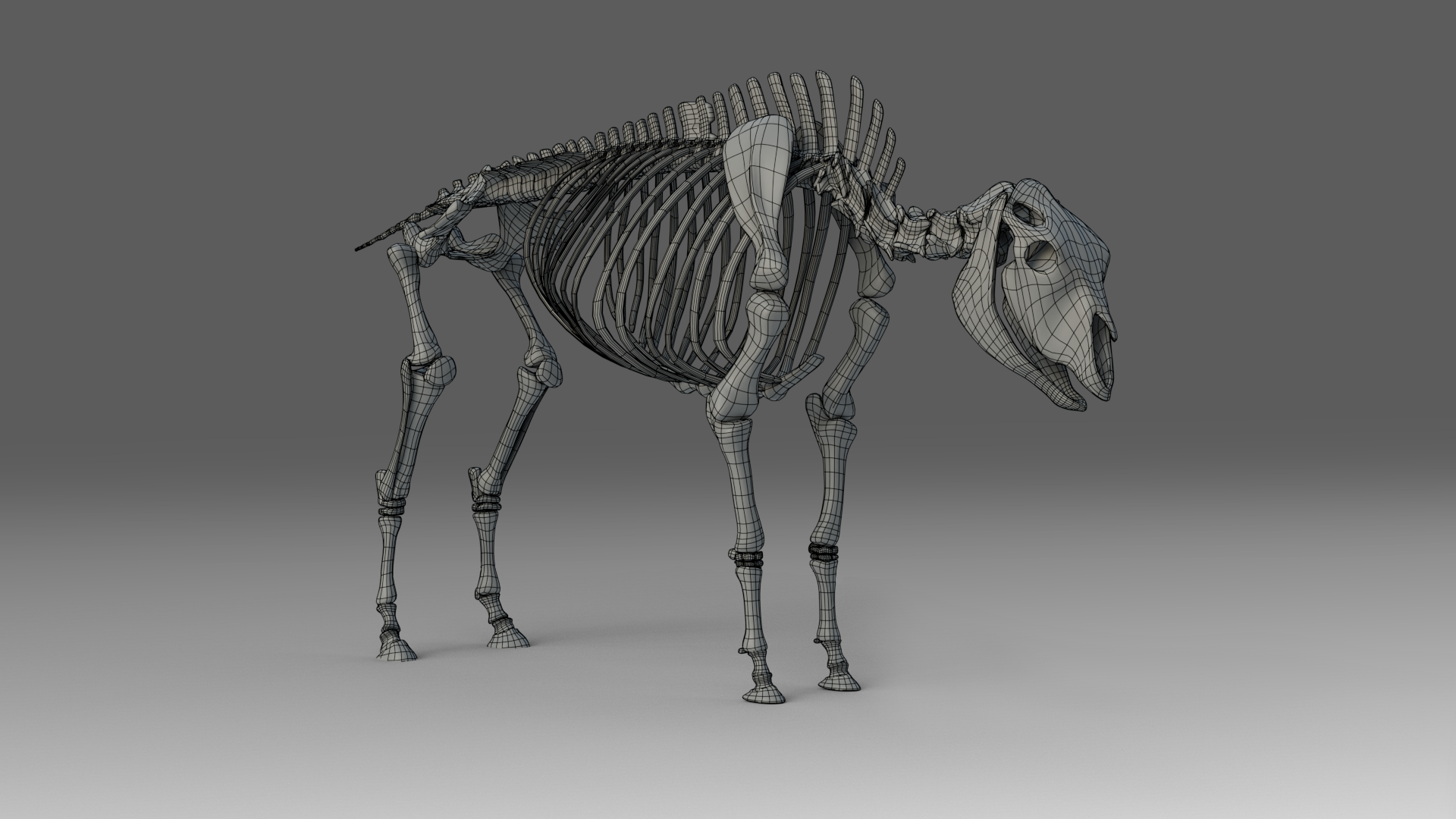 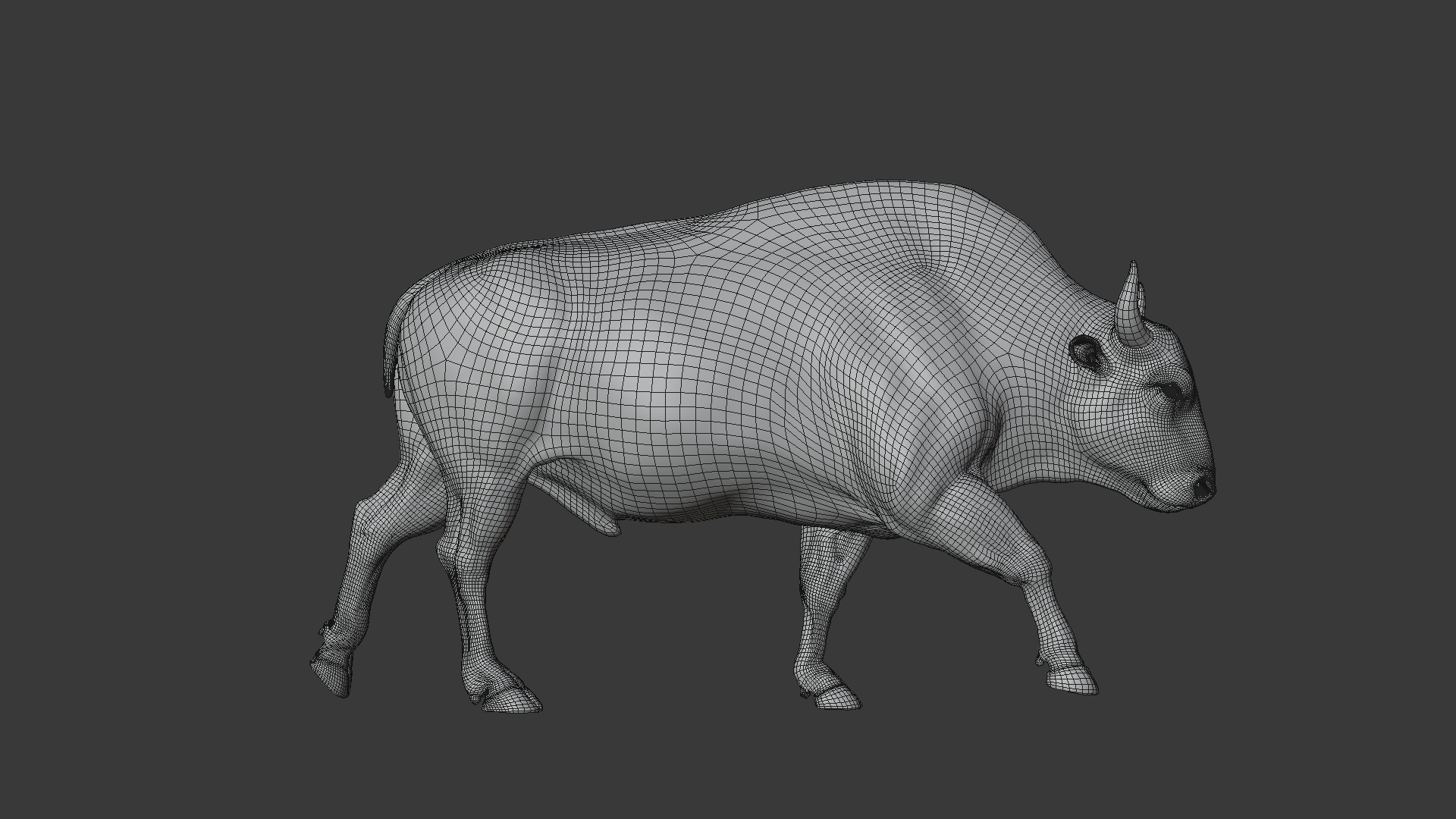 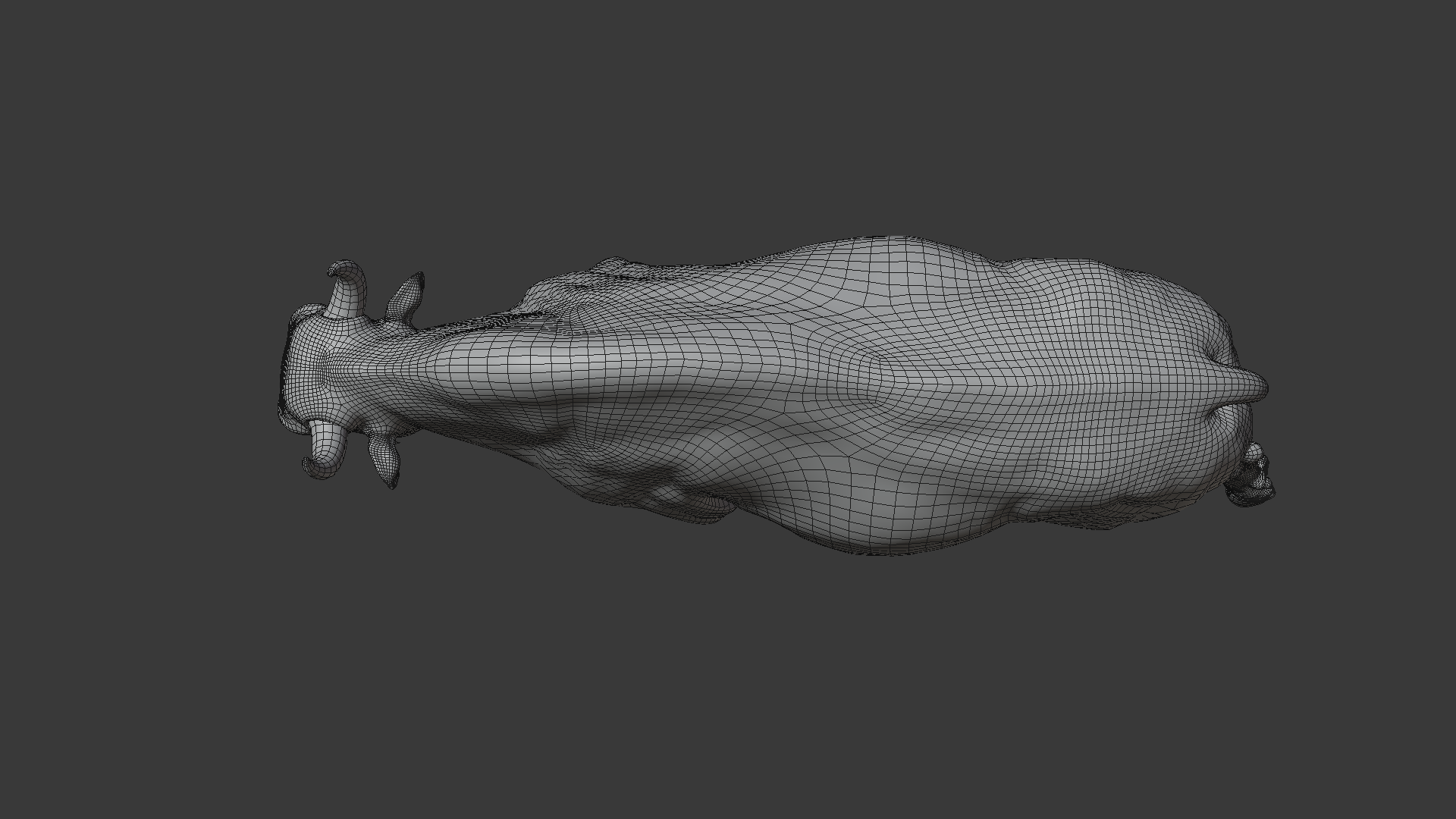 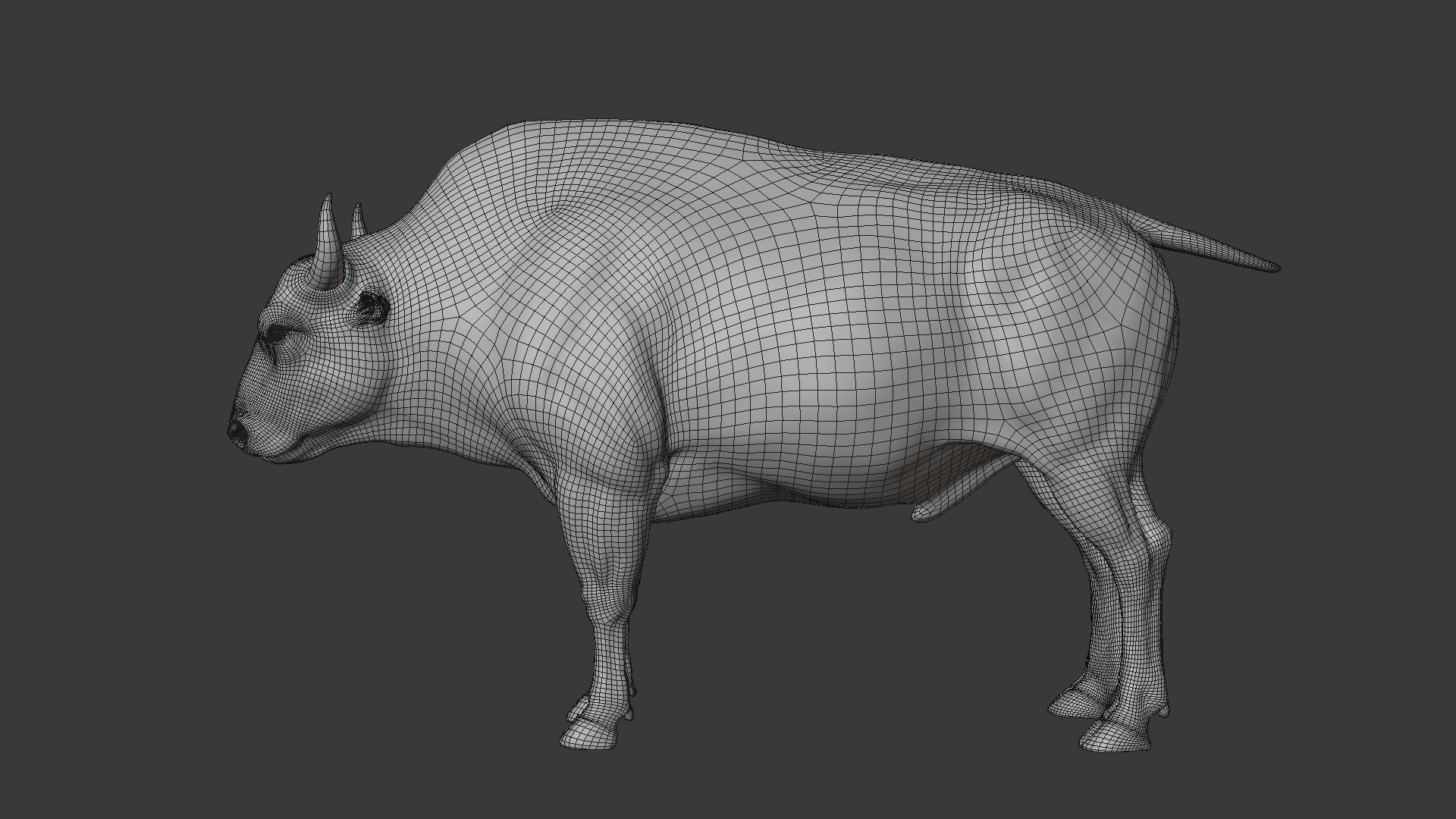 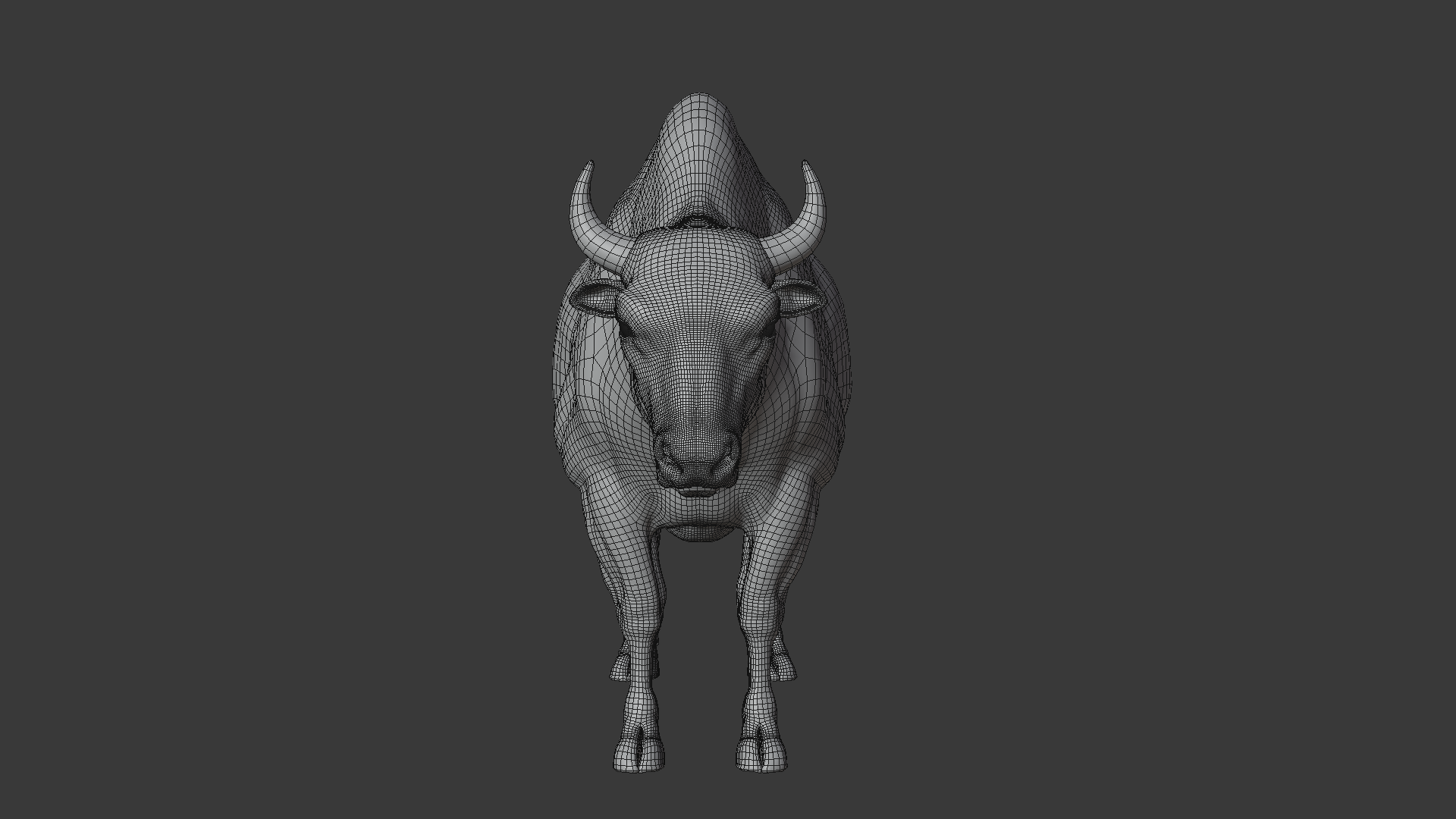 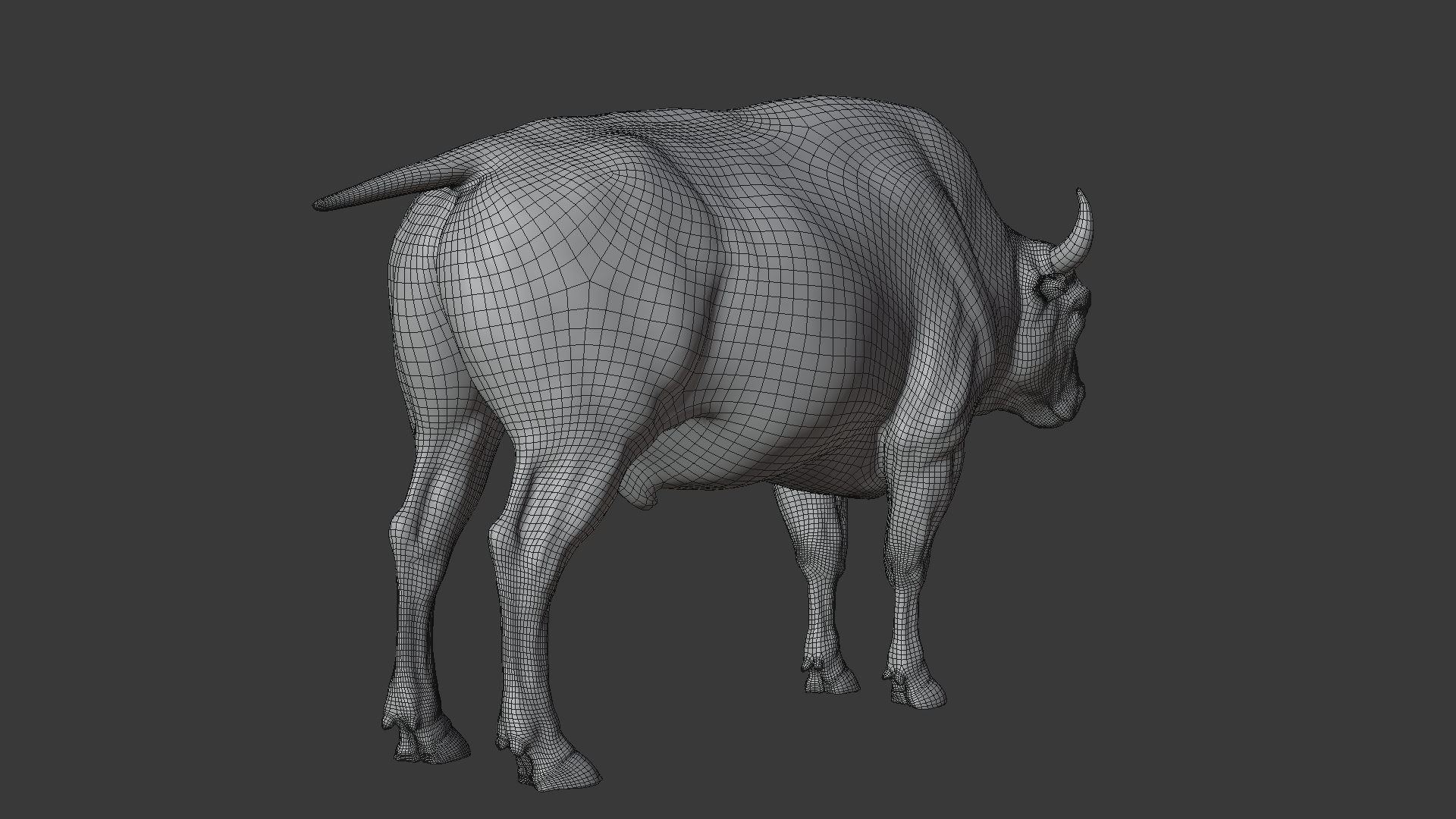 This is a high-quality bison model with a complete armature, sculpting in part, rigging, and hair, as well as multiple 4K texture maps, made in real-world scale by Blender2.82a and rendered by Cycles renderer. The map of the body applies UDIM UV. The maps of body, skin, and hair are made separately, which makes the effect more realistic.

This character consists of 8 objects—the body, horns, eyes, tears, sclera, lacrimal caruncles, oral cavity, and teeth. Besides, there is a skeleton.

With full controllers, it’s easier to create poses and animations.

This project uses a paid hair addon called “Hair_ShapeKey_v5.0”, which is made by our team. It’s used to solve the intersections of hair simulation in walking and running animations. We have baked the fixed hair dynamics, and you can use the loop animation in the project normally. If you need this add-on, please send an email to info@vfxgrace.com after purchasing this model at full price, and attach the screenshot of the project. After receiving it, we will send you a link to download the addon free of charge, which originally costs $35.

More details about this add-on https://www.youtube.com/watch?v=Tt3kxW4Pw7w 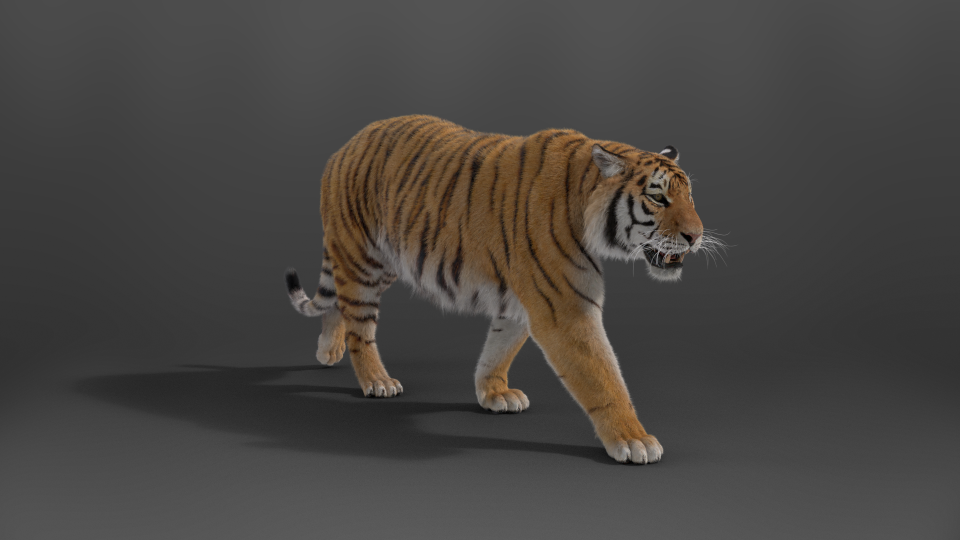 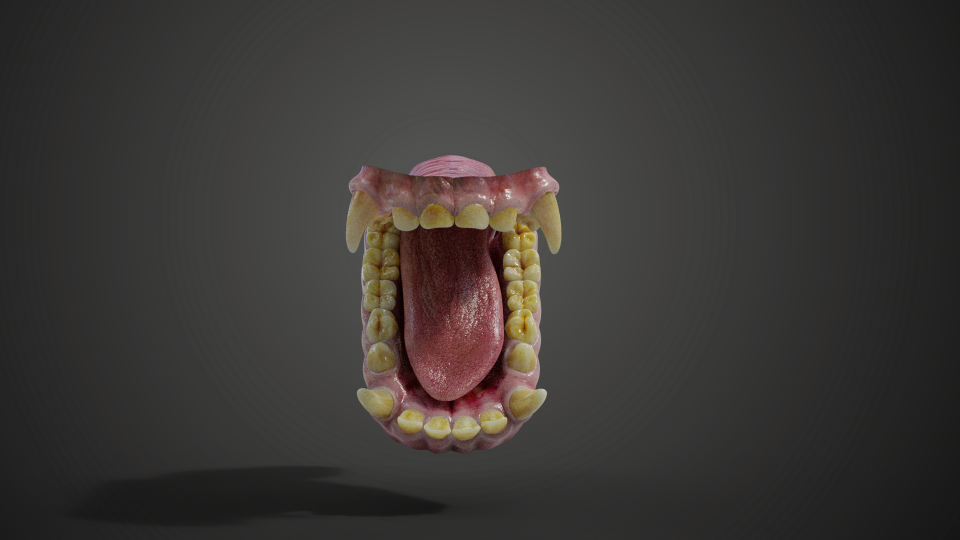 This gorilla oral cavity model is with 4K maps and rigging. And It's made with Blender and Cycles renderer at real-world scale. 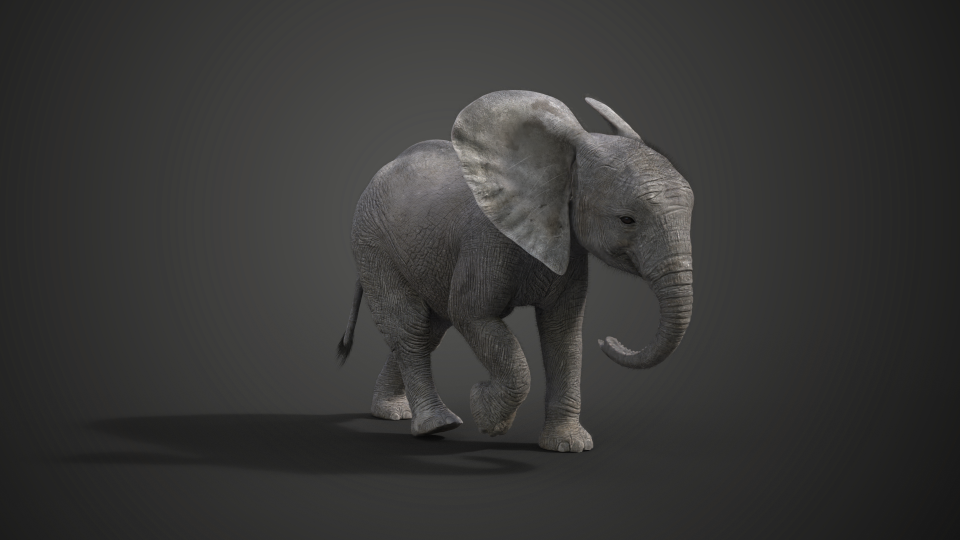 This is a high-quality young African elephant model with 4K maps, hair, rigging and animations. UDIM UV is applied for body. It's made with Blender and Cycles renderer at real-world scale. 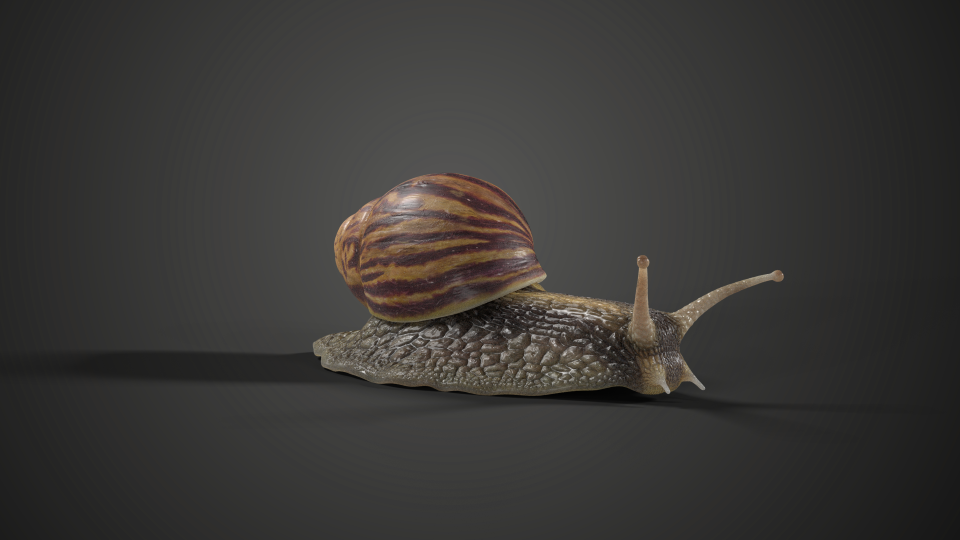 This giant African snail model is with 4K maps, rigging and animations. It's made with Blender and Cycles renderer at real-world scale.